Committee: After Comey Decided to Exonerate Clinton, FBI Kneecapped Its Own Investigators 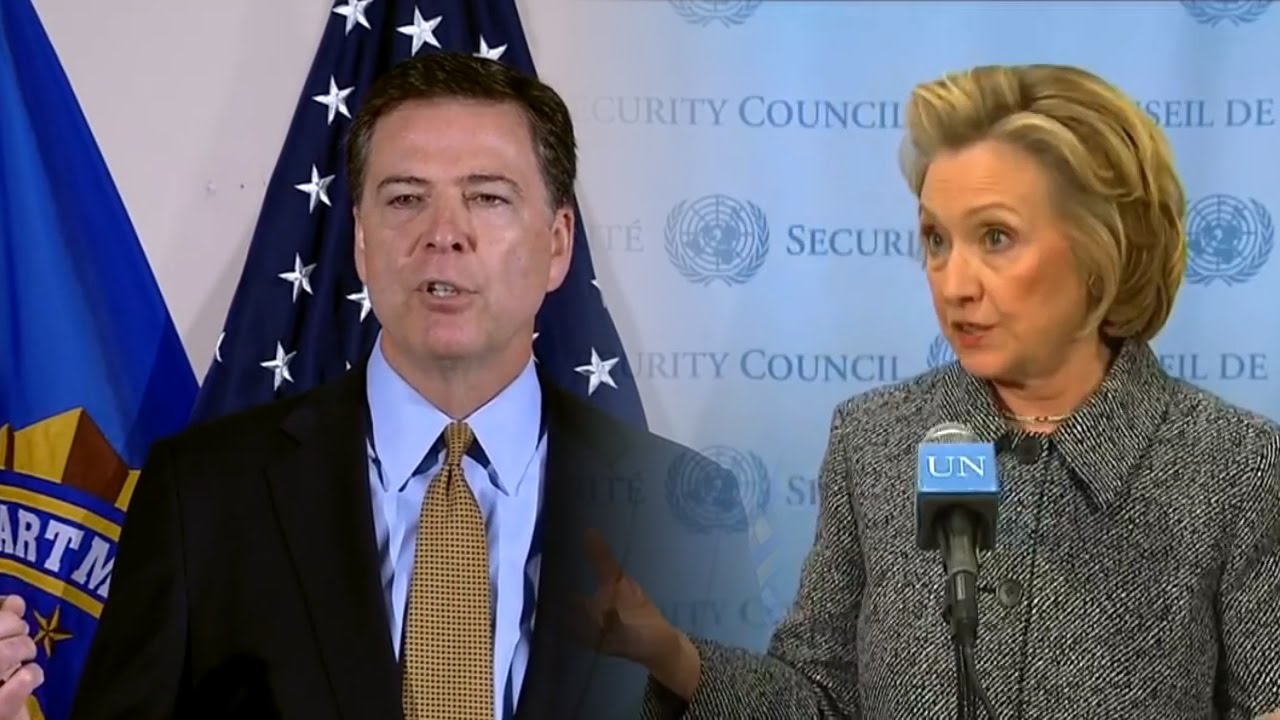 The now-fired FBI director decided to exonerate Hillary Clinton, whom the FBI was investigating for a variety of crimes related to mishandling classified material, months before his agency's investigation even concluded.

That's one of the explosive findings to come from the Senate Judiciary Committee, which is investigating the circumstances surrounding Comey's removal from office as well as his handling of the Clinton and Russia investigations.

Further, after the then-FBI director came to his decision, FBI brass agreed to kneecap their own investigators, signing "highly unusual" immunity deals with key witnesses, even agreeing to "destroy" evidence.

The chairman of the committee, Sen. Charles Grassley (R-Iowa) reports that thus far the FBI is proving a difficult partner in the investigation. According to a letter he sent Wednesday evening to the current director of the FBI, Christopher Wray, the transcripts the FBI is providing to Senate investigators are extensively redacted.

"According to the unredacted portions of the transcripts, it appears that in April or early May of 2016, Mr. Corney had already decided he would issue a statement exonerating Secretary Clinton," the letter reports. "That was long before FBI agents finished their work. Mr. Corney even circulated an early draft statement to select members of senior FBI leadership. The outcome of an investigation should not be prejudged while FBI agents are still hard at work trying to gather the facts."

"Conclusion first, fact-gathering second — that's no way to run an investigation," the senator investigators intoned. "The FBI should be held to a higher standard than that, especially in a matter of such great public interest and controversy."

Comey notoriously excused Clinton's illegal mishandling of classified material by saying she had "no criminal intent."

But as the transcript makes clear, this letter was circulated before Secretary Clinton was even investigated. "Moreover," the letter reports, "it had yet to finish interviewing sixteen other key witnesses, including Cheryl Mills, Bryan Pagliano, Heather Samuelson, Justin Cooper, and John Bentel."

After Comey evidently reached his decision to exonerate Clinton, the FBI began signing "highly unusual" immunity deals with Cherly Mills and Heather Samuelson. These deals "limited the FBI's ability to review Clinton email archives from Platte River Networks that were created after June 1, 2014 and before February 1, 2015, and which had been sent or received from Secretary Clinton's four email addresses during her tenure as Secretary of State," the letter says.

"The limitations in the immunity agreements with Ms. Mills and Ms. Samuelson also kept the FBI from looking at emails after Secretary Clinton left office-the period in which communications regarding destruction or concealment of federal records would have most likely taken place," it's further reported.

Even more unusual than agreeing to hamsting its own investigation, the FBI further agreed to "destroy any records which it retrieved that were not turned over to the investigative team and would destroy the laptops." [emphasis in original]

Grassley's letter speculates that the largely redacted transcripts are meant to shield the former director from having influenced the investigation itself.

Grassley's committee is now demanding from the FBI the original draft of Comey's exoneration letter circulated in spring 2016, all communications surrounding the circulation of that letter, and records turned over to the Office of Special Counsel regarding a now-closed Hatch Act investigation of Mr. Comey (the investigation was closed as the FBI does not investigate former government employees).

Earlier this week, the FBI refused to turn over its files on Hillary Clinton, claiming a lack of public interest in the case makes the records request unmerited.