The video, seen in its fuller context, at worst shows Kavanaugh making a lame 'dad joke'

A video clip from 2015 of Brett Kavanaugh speaking at Columbus School of Law started making the rounds Tuesday evening.

The clip first appeared on Elizabeth Warren's Twitter feed, and was then picked up on MSNBC, CNN, and Politico.

Its first airing came on MSNBC. In the clip below, Brett Kavanaugh tells law students: "Fortunately we had a good saying that we’ve held firm to to this day as the Dean was reminding me before, before the talk which is ‘What happens at Georgetown prep, stays at Georgetown prep.’ That’s been a good thing for all of us, I think.”

In the current context of Christine Ford accusing Kavanaugh of sexual assault in 1982, the clip could be viewed as Georgetown Prep having a code of secrecy that might be helpful for covering up sexual depravity.

That's certainly the impression Democrats online are trying to give. 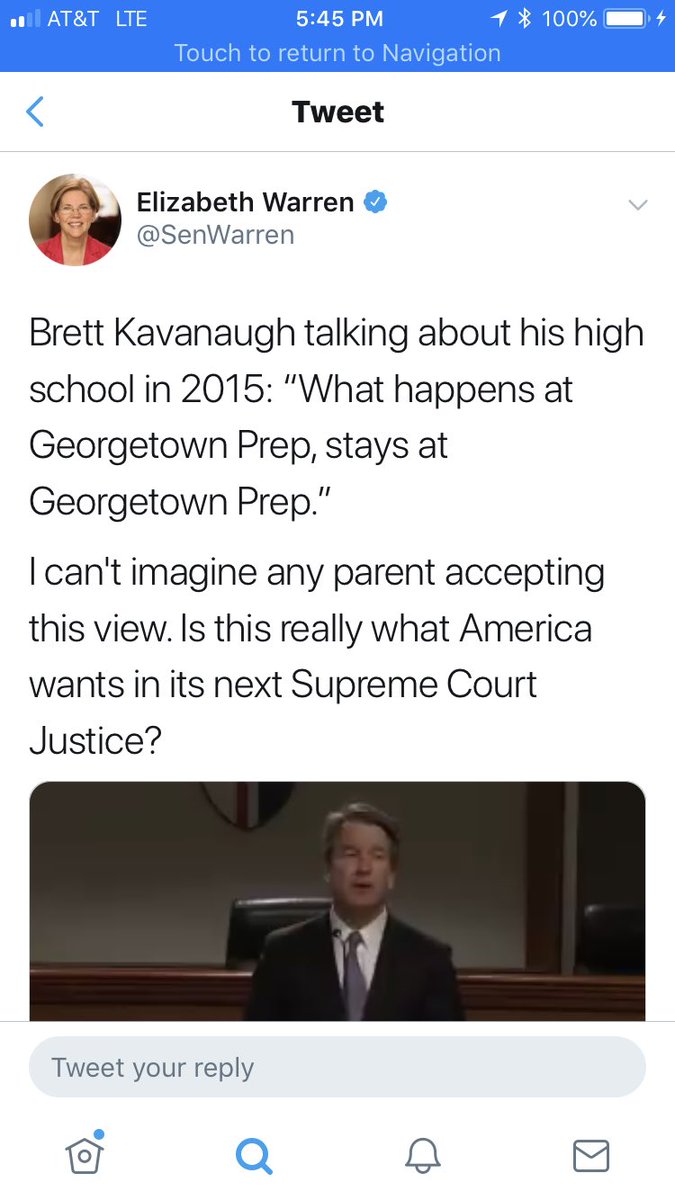 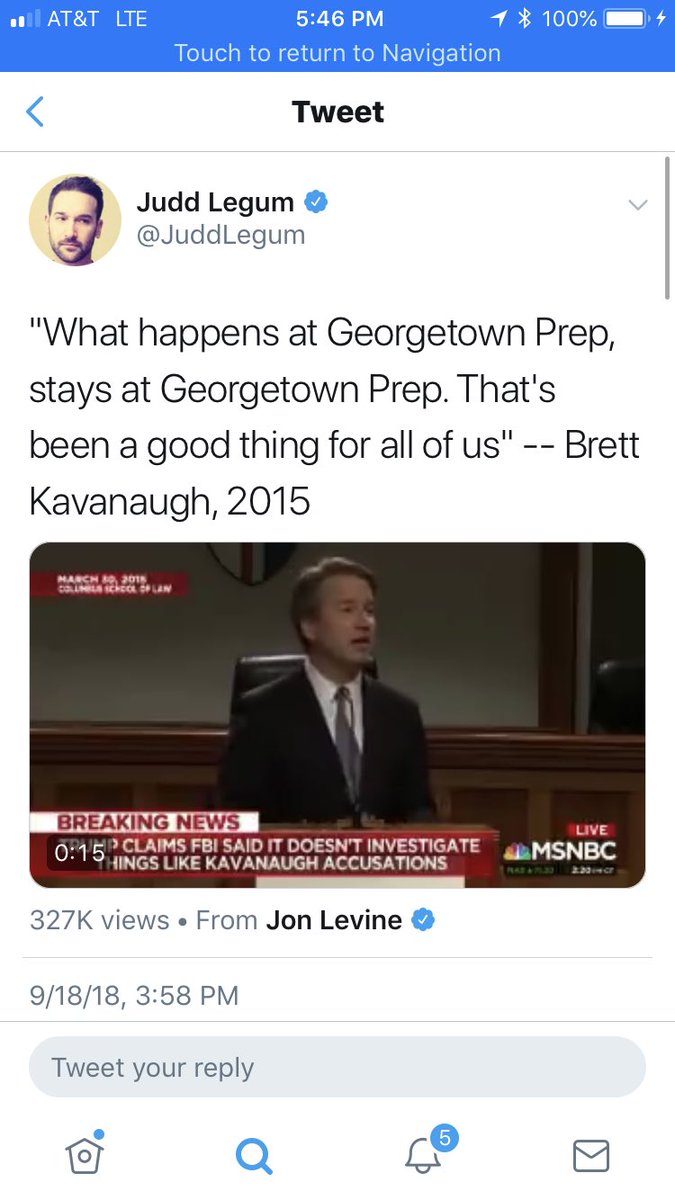 And here's Scott Dworkin, founder of the Democratic Coalition Against Trump, urging his 382,000 followers to share the video "now":

CNN's Jim Acosta ran the clip in the 6 PM hour. After, he said it shows "There are portions of his childhood he'd rather not come to light." This, though, was too much for Acosta's CNN colleague, Susan Hennessy, who said it's "probably" just "an unfortunate joke."

What CNN, MSNBC, and the various Democratic operatives online didn't show was the fuller context of this comment. (Politico also posted the truncated clip.)

Below is Kavanaugh's joke in its entirety. The beginning, which these networks edited out, makes reference to three friends of his who graduated from Columbus School of Law and a recent email exchange they had. Here's the complete transcript:

When Kavanaugh says "what happens Georgetown Prep, stays at Georgetown Prep," he's clearly speaking about his friendship with these three fellow lawyers. He is not -- as Sen. Warren, Politico, CNN, MSNBC, and others would lead you to believe -- confessing to sexual assault. As The Federalist's Gabriel Malor wrote, Kavanaugh is, at worst, making a "lame dad joke."

Politco, most egregiously, wrote a full article about the clip without the joke's setup, instead reporting: "Kavanaugh gave no other context for the joke, but it gained attention anyway after it first surfaced on MSNBC because the judge has recently been accused of misconduct while he was a high school student."

What's notable is that all of these outlets chose to edit the clip so that it begins after Kavanaugh referenced his friends, just as Sen. Warreen had. Despite the full video being readily available, not one of these outlets thought their viewers deserved the fuller context for a more complete understanding.