Maybe she was sad about the lack of migrant kids available for a photo op?

That’s the question we’re asking after finding new photos of Rep. Alexandria Ocasio-Cortez (D-N.Y.) at a border entry gate days before she won the Democratic primary.

Photographer Ivan Pierre Aguirre recently posted pictures from AOC’s trip to the border last year, which depict the congresswoman crying, presumably at the sight of nearby migrant children being inhumanely detained.

“Before @AOC hit the national stage & was just a fairly unknown House candidate frm NYC,she took time awy frm her campaign & came dwn to #Tornillo to protest the #tentcity housing migrant children.” Aguirre wrote on Twitter. “I made these previously unpublished fotos a yr ago today.”

AOC helped bring the photos international attention after writing of the images: “I’ll never forget this, because it was the moment I saw with my own eyes that the America I love was becoming a nation that steals refugee children from their parents,& caged them.”

“More kids died after this,” she added. “To date, no one has been held accountable. We need to save these kids.”

And here is AOC suggesting she’s sobbing at the sight of migrant children being detained:

Grabien News searched Getty Images’ archive and located alternate-angle photos from this same event. The images, seen below, indicate AOC was crying at the sight of … a mostly empty lot.

Getty photographer Joe Raedle also did not mention migrant children being visible. Here’s his description of the photos: “Alexandria Ocasio-Cortez stands at the Tornillo-Guadalupe port of entry gate on June 24, 2018 in Tornillo, Texas. She is part of a group protesting the separation of children from their parents after they were caught entering the U.S. under the administration's zero tolerance policy.” 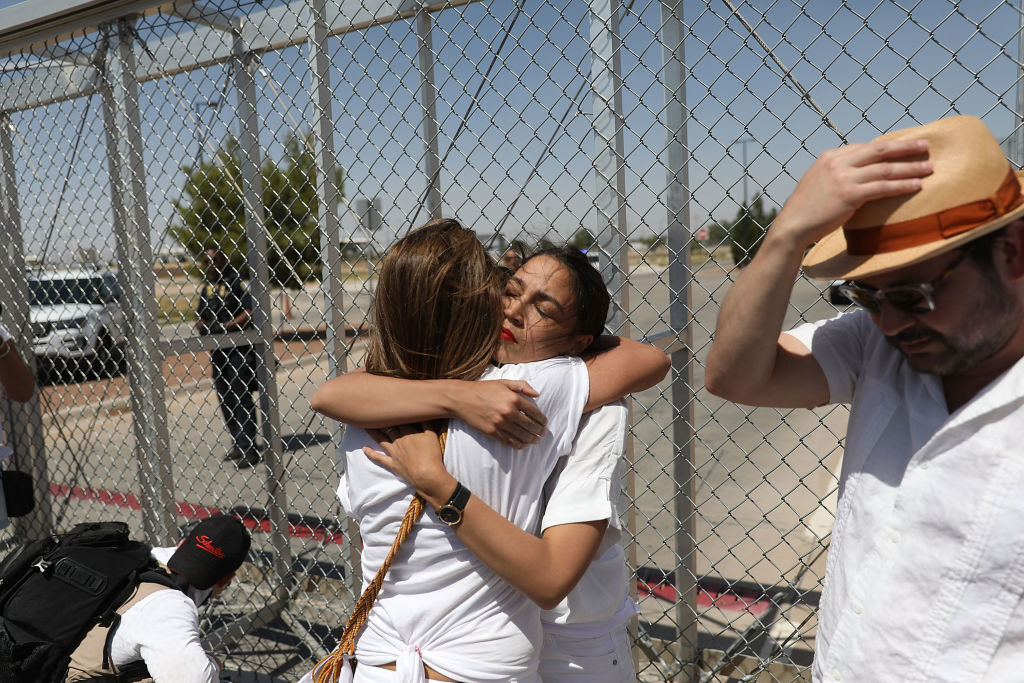 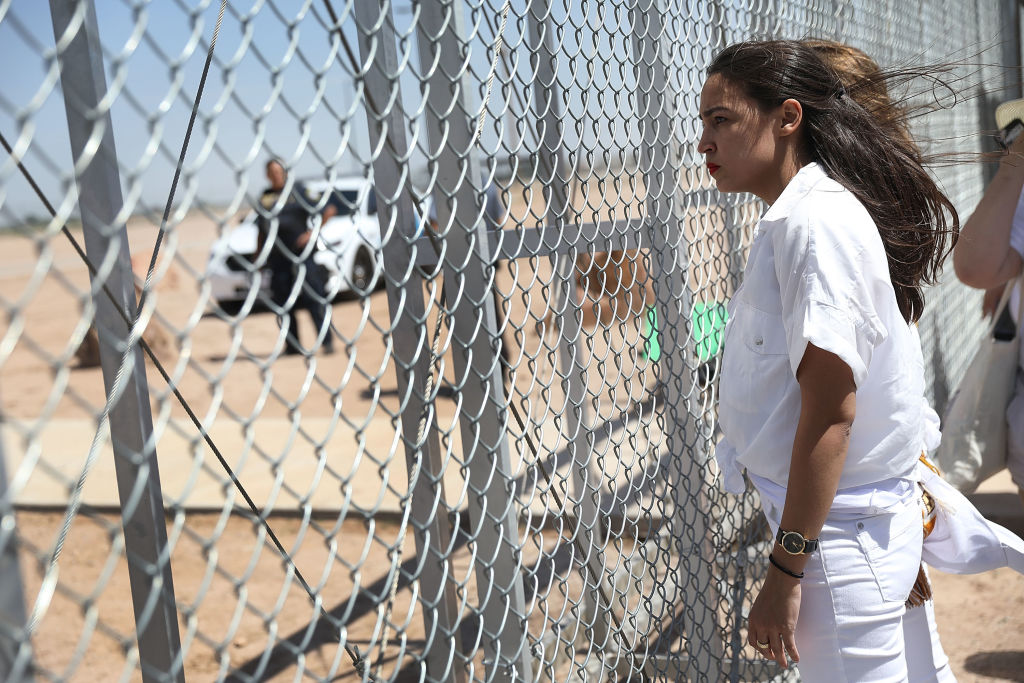 While detention facilities exist on the property, they don’t appear to be within eyeshot of AOC’s vantage point, at least not close enough to see children “caged” as she describes. In both directions the nearest building is barely visible.

Perhaps that explains the tears. With a limited campaign budget, AOC didn’t have a lot of room for missed photo-op.

Snopes actually claims they’ve debunked the report, but their investigation in fact does the opposite. As reported above, both the photographer who re-surfaced the photos as well as AOC suggested the images depict her crying at the sight of nearby “caged” children. Snopes spoke with the photographer, who confirms that’s not the case:

Given that the detention of immigrant children has become a major point of national controversy, and that the obsession with Ocasio-Cortez among right-leaning media outlets has been fairly constant since her surprise election to represent New York’s 14th district in 2018, it’s perhaps no surprise that dissecting the pictures for signs of alleged malfeasance became a new internet pastime.

“The pictures were ridiculed particularly as there was no sight of actual migrant children during the protest,” Fox News reported.

That’s no surprise, Aguirre told us. The roadway leading to the encampment was closed off to news media and protesters. “Obviously,” he said, “there weren’t kids two feet away.”

Further confirming Grabien News’ account, Aguirre provided another photo depicting the roadway that leads to where the housing facility is. The photo, below, makes clear there were no children within eyeshot of the protesters.

Aguirre, using powers unavailable to mere mortals, said AOC would have broken down in tears even if he hadn’t been there capturing the photo-op.

“It was just a genuine, found moment,” he told Snopes. “If we [the news media] weren’t there she still would have broken down, I think. She could see the entrance to the camps out in the distance.”

— In 2016, we reported on a video from then Sen. Obama’s 2008 presidential campaign in which he appears to be flaunting an erection. Snopes attempted a fact check, but admitted they could not decisively determine the future president’s pecker was indeed flaccid.

— In 2017, Grabien News reported Roger Goodell was violating the NFL’s rules in allowing players to kneel during the National Anthem. Snopes proclaimed our report untrue, but after we presented the reporter with the league’s operations manual, Snopes updated their description of the story from “false” to “mixture.”