“An Iranian missile accidentally brought down a Ukrainian jetliner over Iran this week, killing everyone aboard, American and allied officials said on Thursday, adding a tragic coda to the escalated military conflict between Washington and Tehran,” The Times reported.

The paper also published video that they say is confirmed footage of a missile striking the jetliner.

NBC’s Heidi Przybyla — in a tweet she later deleted — echoed Hennessy, blaming the tragedy on a “crossfire” between the United States and Iran: 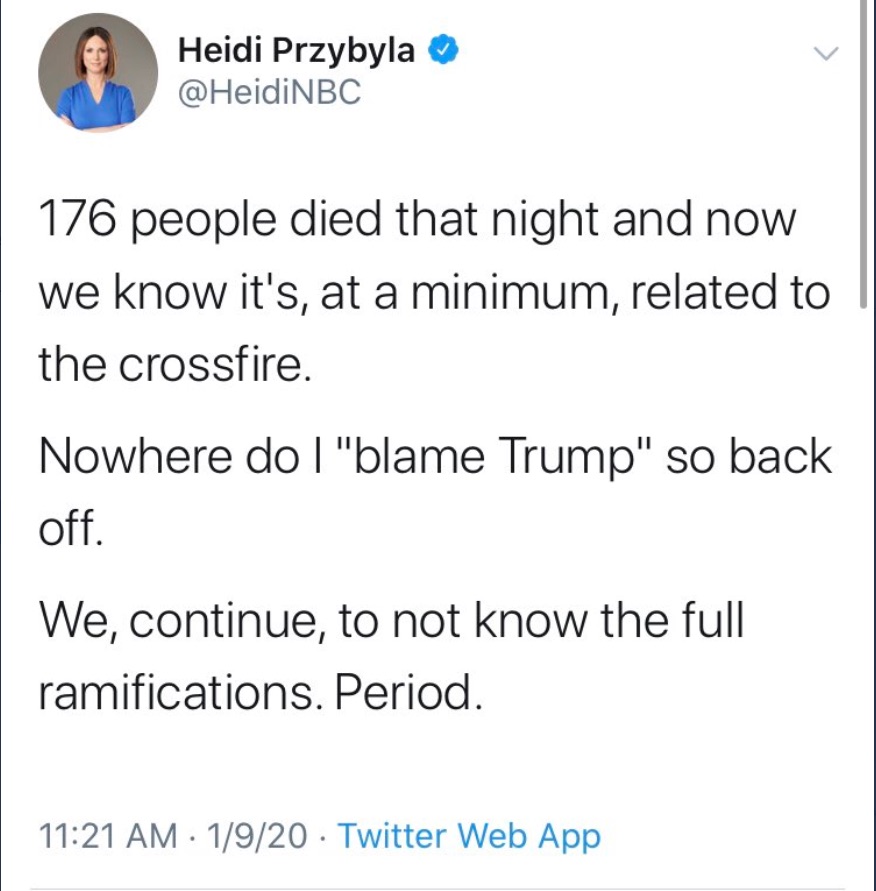 The Washington Post’s Anne Applebaum likewise pointed to a supposed “crossfire” the passenger jet was caught between:

Pete Buttigieg also appeared to cast blame on Trump for the tragedy:

Other media personalities have likewise parroted the “crossfire” talking point:

After being attacked for letting Iran off the hook for the tragedy, Hennessey returned to Twitter and lashed out:

The Atlantic’s David Frum also cast blame on Trump for the downing of this jetliner:

No American paid a price for President Donald Trump’s decision to kill Iran’s Qassem Soleimani. But it looks like 176 other people did, including 63 Canadian citizens and many more Iranian nationals en route to Canada…

Now the harrowing stories of the lost—students returning to university in Canada, newlyweds, children—are filling Canadian media, and will soon claim the attention of the world.