Does the Mail Bomb Sent to CNN Have an ISIS Flag on It? [Updated]

Take a look at the image CNN released

CNN released an image of the device delivered to the Time Warner Center today in New York that forced the building to evacuate.

The image is below:

Some online noted that if you look carefully at the image, there appears to be an ISIS flag: 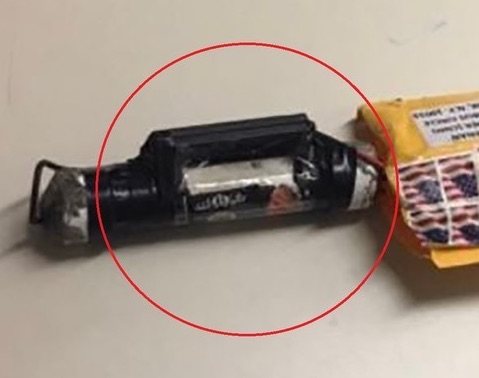 For reference, this is what the ISIS flag looks like: 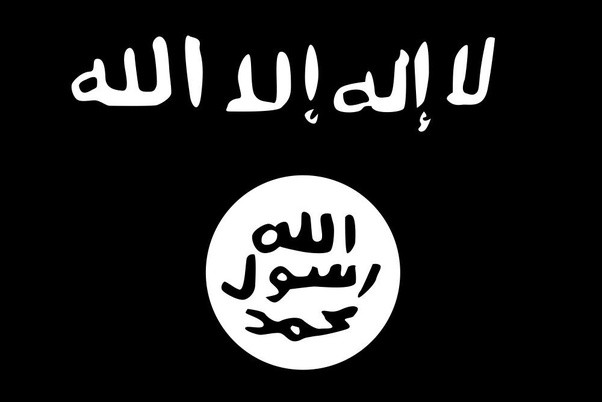 The media is largely consolidating around the theory that these packages were sent by a Trump voter who is lashing out at perceived enemies of the president. An ISIS flag on one of the bomb’s detonators would of course complicate that theory.

Further complicating the theory is that amount of misspellings on the package itself. See below: 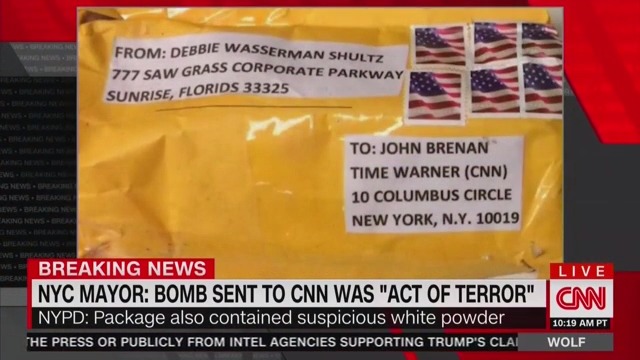 The bomber misspelled “Wasserman-Schultz,” “Brennan,” and “Florida.” It’s of course possible the perpetrator is a political conservative who is angry, ignorant, and dangerous. But with what is known thus far, the media might be wise to at least wait for more facts to come in before continuing to assert these packages were the product of an unhinged Trump supporter.

UPDATE: Jihad Watch’s Robert Spencer believes this is not an ISIS flag, but a parody ISIS flag.

— After Eschewing Calls for Civility in Politics, Hillary Now Says It's Time to Bring Country Together